To call something or someone 'amateur' in the UK is pretty much an insult, a linguistic demarcation line designed to separate the pro from the prole. The fact that neither Espen Sommer Eide nor Dad-Are Haugan, are trained musicians has not hindered them in crossing that line. With several albums to their credit (including 2005’s Norwegian Grammy-winning Miniatures) they’re part of the must-hear experimental electronica scene emanating out of the vicinity of the Arctic Circle. Whilst the accolade 'big in Tromso' may sound condescending, bear in mind that the competition includes the likes of Biosphere and Supersilent.


For Alog the album title refers to the freshness and energy when approaching an instrument unencumbered by concerns about technique, or whether or not something sounds ‘good.’ In other words: making a hell of a racket. The problem is that this methodology produces uneven results. The terse, Reich-like throb of “Son Of King,” with its razor-sharp editing and concise lyric sits awkwardly beside a generally monotonous improvisation of the “freak out” variety on “A Throne For The Common Man”. Never was so much percussion shaken, rattled and rolled to such pointlessly dull effect. The presence of this and one or two similarly aimless items (particularly the slack glissando of “The Learning Curve”) undermine the album’s strength.


The amorphous vocal exercising in “Write Your Thoughts In Water” enjoys the air of cathartic release, whilst the mesmeric bell-like repetition of “The Beginner” becomes strangely uplifting as indeterminate wisps of melody curl and spin around the pulsating central chord. Best of all is the epic “Bedlam Emblem’s” terminally distorted merry-go-round of tape loops and kerrang-guitar Armageddon.


The dominant textures have been quite literally cobbled together from hours of field recordings made in primary school music rooms and other source-abundant locations. Imported into the often sterile world of lap-top derived music, there woody ambience is both warming and welcome. Not without humour, “The Future Of Norwegian Wood” is partly constructed from various bangs, cuts, and slaps constituting a different kind of substance abuse than the ones usually associated with the music business. Flawed but worthy. 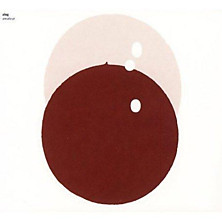