Fourth album from US tech-pop polymath.

Black City is one of the albums of the year – and the year is 1981. You could easily imagine it being played alongside Grace Jones’ Nightclubbing, early 23 Skidoo, Japan’s Art of Parties single, extended 12-inch dance versions of tracks from Talking Heads’ Remain in Light and especially the music from David Byrne and Brian Eno’s My Life in the Bush of Ghosts project. It is a collection of cerebral funk and brainiac disco from the Michigan DJ, producer, remixer (for, among others, The xx and Hot Chip), label owner and recording artist under several aliases.

You can sort of tell that Matthew Dear is a dilettante dabbling in different areas – there is a playfulness to his deep, lugubriously droning voice that undercuts everything here with a sense of wry detachment. There are playful sounds, too, of the type that you might expect from a Zappa or an Eno – musicians who sometimes gave the impression they found pop a little too easy. You get a similar feeling of effortlessness from Dear on Black City, the follow-up to the highly acclaimed 2007 album Asa Breed; it’s the feeling of someone operating in a comfort zone.

He’s good at what he does – maybe too good. He’s studied Byrne and Eno – and the late-70s output of Bowie-Eno – so closely, assimilated their moves so completely, that all he needs to do is repeat them. So once you’ve heard a couple of these forays into electronic funk and tribal techno, you’ve heard them all. There are variations, but they’re on a theme. Slowdance is like hearing New Order submerged in treacle. You Put a Smell on Me moves the party on to the late-80s when there was a brief vogue for tough, insistent, industrial dance music called New Beat (Dear is a Nitzer Ebb fan).

Shortwave is a slower form of ethno-electronica – swamptronica, perhaps. More Surgery evinces the influence of Kraftwerk. There is some superb stuff here – Gem unfolds like the aural equivalent of time-lapse photography. And throughout there is an attention to detail, to little tics and tricks in the mix, that make this a treat for listeners who still wear headphones. But mostly it’s music for defunct – or, rather, Defunkt – nightclubs. 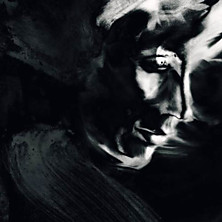