There’s an argument that geographically defined music scenes have become a thing of the past since the spread of the internet. But place remains vital when marketing new music, as if the creative communities of certain cities are more valued than others. If Villa Nah were from New York, London or Berlin, you’d have heard of them before now – conventional machinations would have made it so. (If you have heard of them, you’re in a minority. Award yourself a biscuit.) But they’re from Finland, so here’s the duo’s debut album, landing in the laps of UK listeners without any discernable buzz.

The stealthy arrival of Origin actually plays to its advantage, as this is the sort of sleek electro-pop that’d be gobbled up greedily by tastemakers and playlisters alike given sufficient notice. Subsequently, the affecting sparseness of All the Days, Remains of Love and Running On could have transformed into daytime mulch, lost amid the loosely similar sounds of La Roux and Delphic without more astute parallels being brought to the table: Junior Boys, Cut Copy, The Russian Futurists, Ariel Pink heard through tangled Casio cables. These are sweet songs, delicately pop at their centres and defensively cool to the touch. But spend some quality time with them and their hearts soon start to shine.

The aloofness of Juho Paalosmaa and Tomi Hyyppä’s offerings initially distracts from the warmth to be felt after a few listens. In this respect the record’s comparable to Matthew Dear’s 2007 long-player, Asa Breed, and LCD Soundsystem’s Sound of Silver of the same year – these ears only came around to both after repeated but gentle exposure. Stylistically, though, Origin often treads a path that takes it closer in spirit to work by OMD, The Human League and Heaven 17. It’s in both the archaic nature of the synthesizer sounds and the romanticism rippled through the effect-laden vocals – but these traits emerge as honest celebration rather than cynical swipes taken purely to appeal to a retrogressing mainstream demographic.

It’s slight, then, but never does Origin seem unsure of the direction it’s taking. As such it flows nicely, its makers clearly in tune with a compositional approach that suits them now, and may well enable them to reach out to a wider audience soon. Should they succeed in focusing more attentions on their homeland scene, they’ll have done so without mercenary calculations. 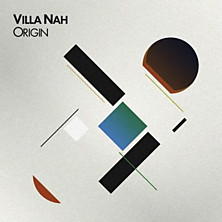