A welcome reissue for the pioneering saxophone improviser's landmark 1991 release.

When it was first released on his own Acta label in 1991, 13 Friendly Numbers was a landmark record for John Butcher. More significantly, it was also a landmark record for improvised saxophone, in its way as important as, say, Anthony Braxton's For Alto or Evan Parker's Saxophone Solos. Now re-released on the Dutch Unsounds label - in new packaging but with all the music intact and unadorned - the album sounds as fresh as ever. However, history is catching up with Butcher; much of it now sounds more familiar than it did on its first release.

Unashamedly experimental, 13 Friendly Numbers is the sound of Butcher trying things out to see how they sound, to see what happens. Seemingly not trying to present a finished - never mind polished - performance, he is exploring places that haven't been visited before; the Ranulph Fiennes of his instrument.

What is remarkable about 13 Friendly Numbers is how often Butcher was successful; although some of his expeditions doubtless ended in failure, on this evidence far more succeeded. The end result is a greatly expanded vocabulary for saxophone (a vocabulary that Butcher still continues to expand, year on year, as seen on his recent Invisible Ear solo album); that vocabulary readily includes multiphonics (as on the opener, "Buccinator's Outing"), overblowing, extremes of the dynamic range, and multi-tracking.

Of the thirteen tracks, four are multi-tracked and feature various combinations, ranging from four tenors producing a high energy drone on "Bells and Clappers", through to baritone plus tenor plus two sopranos being fingered but not blown on "Mackle Music". These multi-horn ensembles never sound remotely like jazz horn sections, any more than Butcher alone sounds like he is playing jazz solos. Unlike an older generation that came to improvisation via free jazz, Butcher cut any vestigial ties with the vocabulary of jazz saxophone; this is improvised saxophone, not jazz. (Any uncertainty about that distinction is dispelled after one listen to 13 Friendly Numbers).

If the talk of experimentation makes this record sound remotely dour, worthy or hard work, rest assured that the complete opposite is true. It is vibrant and bursting with life, one of those recordings that demands to be listened to repeatedly. A very welcome re-issue; strongly recommended. 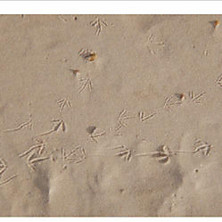