They continue to test themselves and listeners alike with stunningly intricate results.

Despite what over-analytical spoilsports might have you believe, Rochdale masters of electronic experimentation Autechre are a uniquely visceral entity. At their most tangible, indeed, the duo – long-time pals Sean Booth and Rob Brown – are less mathematical, intelligent dance music nightmare, more punk-spirited joy to behold.

For nearly two decades, across 10 albums, the acid house/original electro/hip hop-schooled Warp stalwarts have deconstructed techno and beyond into fascinating, ever-evolving abstract shapes. Oversteps is certainly no exception to their outwardly difficult aesthetic and could, on initial listens, get thrown in with unforgivingly tricksy 2003 set Draft 7.30.

Disregard the fact that the song titles largely resemble a Scrabble game with a corrupted Eastern European supercomputer, however. Beneath the icy exterior, deceptively warm hearts beat, rushing synthetic blood at thresholds with almost maniacal glee as they smash apart linear constraints.

There isn’t, it’s accurate to report, much immediacy here. But that was never Autechre’s forte. True to form, the immersing osmosis of repeated plays is the only method of absorbing Oversteps’ depths. A few moments do land instantly, though: known(1) re-imagines then mechanises ancient oriental zither strains with the unfolding beauty of an origami swan; O=0 chimes and tingles with Philip Glass-worthy dexterity; st epreo’s dense thicketed beat undergrowth grabs your cochleas.

And once Yuop evaporates into the ether it’s more than apparent why many people don’t exactly get Autechre, even plentiful converts who assume that they do. Perhaps Oversteps’ mantle even nods to the extra unnecessary layers of deep rumination their wares often attract. But by maintaining a ferocious appetite for streaming across territory few electronic musicians possess even a perception of, Autechre continue to test themselves and listeners alike with stunningly intricate results. 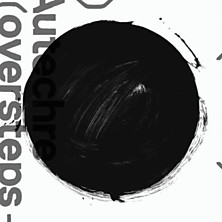