Nostalgia 77 and the Monster The Taxidermist Review

Semi-schizoid producer Benedic Lamdin, who trades under the name Nostalgia 77, has worked in a variety of styles. Starting out in hip hop and heavy funk, he drifted into jazz orchestration, which led to the release of the acclaimed Everything Under the Sun in 2007.

The best thing about The Taxidermist is that you can’t predict what’s coming next. The title track has a bouncing bass with hints of funk in it, the drummer vamping on a "flying cymbal" riff, but the organ sounds like a rocket ship revving its engine in a carport, while the trumpet and sax blow quizzically resigned melodies.

The Last Few Days forms a nice showcase for Bourne’s piano chops, a slightly dubwise mix heightening the tension of the track, while the dual-reed melody of Algernon seems pleasantly light.

Oblique crawler Zippy Slipper sounds like an outtake from a detective flick, and Angels and Demons is agreeably all over the map, starting out as a slow trumpet dirge, but soon morphing into a cacophony of Afrobeat clavinet, barking horns and pseudo-Latin rhythms.

The further you head, the more complex the stew becomes, and the more flavourful. Rather than being some mariachi madness, Sunrise in Mexico has soulful organ licks and bebop horn lines, and the closing number is led by a beautifully emotive sax, equal parts mournful and celebratory, its trumpet counterpart momentarily hinting at George Gershwin’s Summertime.

The disc reaches the finish line all too soon, but fear not: the journey sounds just as good on repeat listening. 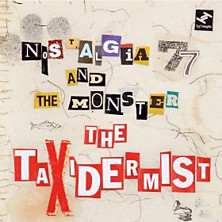