An incredibly addictive pop record comparable to no other contemporary release.

On her last album, 2008's Sol-Angel and the Hadley St. Dreams, Solange addressed the elephant in the room. "I'm not her and never will be," she sang on a track called God Given Name. This was an obvious reference to the other Knowles girl - the one who's sold 75 million records and got Jay-Z to put a ring on it.

In recent years, Solange has proved her point by establishing herself as an edgier, trendier artist than Big Sis. While Beyoncé was releasing a single with Lady Gaga, Solange was duetting onstage with Dirty Projectors. And now she's signed to Brooklyn indie label Terrible Records, home to Grizzly Bear and Chairlift, and working with Dev Hynes, aka Lightspeed Champion.

This EP is billed as a "collaborative effort" between them, with Hynes handling production and the pair co-writing all seven tracks. A full-length Solange album is due later in 2013, but True feels greater than a stopgap. It's already yielded the brilliant single Losing You, which sounds like Borderline-era Madonna having a minor panic attack.

Nothing else packs the same instant punch, but True still makes good on that song's promise. This is a fully realised tribute to early 80s pop-RnB music, filled with candy-sweet keyboard sounds and beats that could be the work of a battered old Casio drum machine. Solange and Hynes even get Verdine White from Earth, Wind & Fire to play bass on the final track.

The EP's musical cohesion is matched by some consistently romantic lyrics. On Locked in Closets, Solange recalls a childhood fantasy: "All I wanted was the dream of being in love with you."

Elsewhere, she acknowledges that the reality is difficult to achieve. Don't Let Me Down is a plea to a new lover, Lovers in the Parking Lot an admission of culpability; and Some Things Never Seem to F***ing Work doesn't concern a glitchy printer.

These songs give more with each listen; Solange's vocal arrangements keep revealing an extra melody or another ear-snagging lyric. The result is an incredibly addictive pop record that’s comparable to no other contemporary release.

From a singer who's always been defined by comparisons to somebody else, that's quite an achievement. 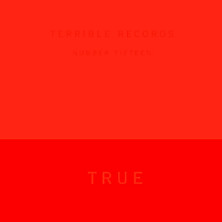