A sense of love and lightness lingers after this eighth album has run its course.

It is more than a decade since Devendra Banhart released his debut album, the intriguing The Charles C. Leary, and in that time the world that found itself so startled and so beguiled by his New Weird Freak Folk (or however they cared to classify it) has changed considerably.

His style has been much imitated, while his position as modern folk music’s pan-like ashram demi-god has been rivalled by others, most notably Edward Sharpe of Magnetic Zeros fame.

But Banhart returns now with his eighth album, Mala, four ripening years after his last, What Will We Be, and reminds us of his particular, unwavering specialness.

This album is a love token really, its title apparently translating as something close to “sweetie-pie” in the native Serbian tongue of his fiancée, the artist Ana Krăs. And that title and sentiment seem illustrative of this record’s striking sense of gentleness compared to previous offerings.

On earlier outings there has, at times, been a ferocity to Banhart’s ambition. A grandness to his vision has meant that, while songs considered individually have been remarkable, as a whole they have not always lain easily, dancing between genres and sonic experimentation.

While Mala retains an inquisitive aural attitude – there in its markedly electronic palette, and its squirly, scuffly sound – there’s also limberness to this set of songs, a feeling of them all moving happily together.

This is not to suggest that Mala is predictable – among the muddy disco of Für Hildegard von Bingen, or the slick charm of Never Seen Such Good Things, you’ll find whispery moments, dark, cowering songs, instances of introspection and sadness to keep the record human.

But overall it’s the album’s sense of love and lightness that lingers: its buoyancy and sense of discovery, a feeling that Banhart has remerged anew and refreshed. It is a fine thing to have him back. 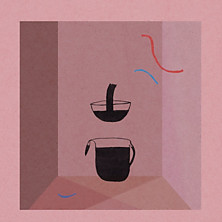