'Big in Germany' is never a good phrase to be using when describing the current status...

'Big in Germany' is never a good phrase to be using when describing the current status of a former British pop superstar. Indeed the solo careers of the Spice Girls should be ringing major alarm bells in any member of Girls Aloud considering the prospect of solo-dom. Melanie C was always the most likely to succeed yet despite the promise of her first solo album, Northern Star, has failed to gain any major UK success since 2000.


This Time is Melanie’s 4th solo album, and her 2nd on self-funded label Red Girl Records. There’s absolutely nothing wrong with it. It’s a competent, solid record that her fans will love, but when it comes to winning new ones, weak songs like “Immune” and “Out of Time” do nothing to drum up any excitement.


The album was launched with a cover of old 60s song “I Want Candy”, a bizarre idea which saw Melanie in an over-produced pop video looking slightly embarrassed of quite how poppy she was acting. Thankfully it’s entirely unrepresentative of the album as a whole. Instead the strong opener “Understand” ticks the U2 stadium rock boxes and sets the tone for what lies ahead.


While you’d expect the dream combination of Guy Chambers and Cathy Dennis to propel “Protected” to stand-out track, that honour actually falls to 2nd single “Carolyna”. Co-written by Chisholm herself, it’s a strong and catchy midtempo pop song that really highlights how emotive Melanie’s voice can be.


She’s lucky to have that distinctive voice and a loyal, if small, fanbase. But unless she finds that magic song (or, dare we say it, goes on a reality tv show), the concept of Melanie C as a solo artist is so uncool to the current generation of single buyers it’s unlikely she’ll be bothering the charts too much ever again. 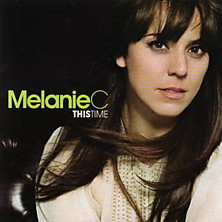