Tom Krell’s debut album as How to Dress Well, 2010’s Love Remains, was a fine example of the new form of indie-RnB crossover that nobody’s quite found a name for yet.

Krell, a brainy type from Brooklyn who once translated a book of “post-Kantian philosophy”, has used phrases such as “deadlocked melancholia” and “unmetabolizable pain” to describe the relentlessly dolorous Love Remains and his tendency to wallow in suffering on that album.

Since then, Krell has lost his best friend and uncle, and endured a relationship break-up. Having battled depression in the aftermath, he wanted this follow-up record to express his desire to overcome sadness and despair and move towards, as he put it, “hope and the future”.

Total Loss is something of a sister release to Holy Other’s Held in terms of its atmosphere of lo-fi luxury and almost consistently solemn pace. But it represents something of a departure too, Krell perhaps realising that self-torment is just narcissism inverted. It’s hardly an upbeat glee-fest, but there are moments when Krell drags his way out of despondency.

He does so with mixed results. Talking to You is, for Krell, the centrepiece, and it does indeed feel like redemption with its testifying, ghost-gospel sheen. And yet his improved state of mind, and the superior production on some of the tracks, does bring the music on occasion perilously close to the RnB blandness to which this is presumably supposed to provide an alternative.

Cold Nites is gorgeous, though, its limpid piano notes traced by a doleful falsetto and a sense, from the circular chord structure, of love/life as a Sisyphean slog. The penultimate Set It Right takes this idea to further extremes with its dragging beat and painfully slowed-down looped backing vocals. The music drops out as Krell lists all the people he has lost over the years, only for it to crash back in, harder and heavier than before.

Such a moment is one amongst several when Total Loss makes most mainstream RnB seem redundant. One's hopes for the future might well include Krell not losing sight of the emotions that motivated him in the first place. 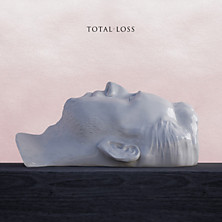