...It serves as a plea, perhaps even a blueprint for living in harmony with, rather...

Strjon is Arve Henriksen’s third solo album. His 2001 debut, Sakuteiki, immediately marked the Norwegian trumpeter out as a remarkably individual soloist. Sakuteiki came after more than a decade of ensemble work for the likes of Supersilent, Vesslefrek, the Christian Wallumrød Ensemble, Audun Kleive’s Generator X, Food and many others. In all of these projects, Henriksen’s playing is immediately recognisable for its combination of fierce emotion and breathy texture, the latter aspect clearly influenced by fourth world trumpeter Jon Hassell.


The impassioned and often haunting nature of Henriksen’s playing has won him justified popularity. He has said that his primary interest is the expression of feeling, the trumpet just happened to be the instrument closest to hand. Strjon’s opening track, ''Evocation'', is exemplary in this regard, consisting as it does of almost two minutes of richly textured melody channelled from the heart.


Much new Norwegian music has been characterised by its relationship to folk traditions and the natural world. Strjon is no exception. The title is the medieval name for a streaming river and it’s but a phonetic hop and a skip to Stryn, the village where Henriksen grew up. Tracks such as ''Alpine Pyramid'', ''Twin Lake'', and ''Wind And Bow'' are rich with a sense of timeless ritual.


Etched throughout with a sense of vast natural forces, Strjon is balanced by an outspoken intimacy that is at times intensely moving. The title track and its successor, ''Glacier Descent'', are a case in point. The former consists of two minutes of subdued, reverberating roar after which waves of striated tones fuse with the yearning sound of a choir comprised of Henriksen’s multi-tracked voice. It’s as if snowy mountains and gossamer clouds were fusing before one’s eyes into a single whole. As Henriksen’s yell emerges from this wall of sound, it’s impossible not to be swept along. Strjon is a gorgeous portrait of humanity’s place within nature. As such it serves as a plea, perhaps even a blueprint for living in harmony with, rather than in opposition to, our environment. 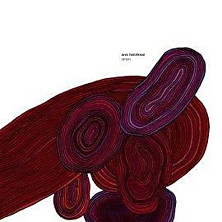