A cohesive, considered masterpiece in its own right.

Remix albums are typically an opportunity to wring the final droplets of brilliance/money from a release by getting a cosy coterie to resuscitate old tracks. Rather than being manhandled by multiple greasy mitts, We're New Here benefits from the focused attention of one man only: Jamie Smith of The xx.

Scott-Heron’s original album of 2010, produced by XL head-honcho Richard Russell, let the poet’s crack-ravaged vocals do all the talking, lo-fi production hiding in the wings. Eschewing this, Smith uses Scott-Heron’s vocals as illustration to his industrial and innovative production. It’s his subtle, back-lit percussion which gives The xx their edge, and this album lets Smith turn things up a notch to create a bass-driven collection ready for a Funktion One.

Last year witnessed dubstep implode, but from its ashes an exhilarating selection of electronic music emerged. Chameleon-like, Smith assumes many of these styles, makes them his own, and produces a sonic snapshot of dancefloors across the UK. NY is Killing Me pays homage to the original movement, carrying the dark swagger of early Benga, whilst the clangourous and spare percussion of Home and My Cloud shares a sound channelled by Mount Kimbie and early James Blake. The thuggish UK Funky of Lil Silva is present in Running, before it gives way to the 8-bit sound Ikonika spearheaded. The tripped-up beats and ephemeral melodies of The Crutch feels like a relative of Flying Lotus’ Brainfeeder family – but this is not just an onslaught of club tracks. Moments of lightness appear in interludes and the exceptional euphoric endnote, I’ll Take Care of You.

Just like the radio that switches between frequencies in the opening of Ur Soul and Mine, Smith’s use of sampling tunes the listener in and out of his musical predecessors. He rewires a personal musical canon into something utterly contemporary. As Scott-Heron says in an interlude: "The spirits are your parents, your bloodstream moving through you constantly, because they want you to live on and because they want to live on too, they are trying all the time to tell you s*** and if you just listen to yourself, you will hear them."

Those approaching this release as fans, exclusively, of either Scott-Heron or The xx might be at a loss, but this collection works on separate level. Whilst I'm New Here marked an introspective turn from Scott-Heron, this set offers a multi-layered retrospective of the music which bore and surrounds Jamie xx. It’s not merely a rehash of the original, but a cohesive, considered masterpiece in its own right. 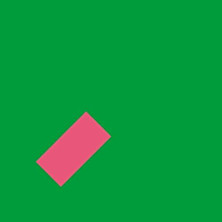