It’s mildly surprising to realise that Special Moves is the first live album Mogwai have released in their 14-year lifespan, discounting radio session collection Government Commissions. Certainly, much of the reputation they garnered back in the late 90s, when they were a youthful squad of Glaswegian miscreants, was based on their live performances, and people’s hyperbolic reports thereafter. What they lacked in spectacle and overt charisma (they’re not a band given to a flamboyant stage show, and most of their songs are instrumental) was more than made up for by their tendency to be incredibly loud; there were tales of spectators literally bleeding from their ears. In more recent years, the musical dynamic that many associated with them – the quiet, delicate build-up usurped by a sudden explosion of metallic chaos – has often been set aside, perhaps due to a fear of becoming formulaic. Nevertheless, it’s very much a part of Special Moves, which was recorded over three dates in Brooklyn last year.

Tracks from Mogwai’s more recent releases – for example, this album’s winningly-titled opener I’m Jim Morrison, I’m Dead – boast a more textured palette and, if you will, maturity than their earlier output. Guitarist Stuart Braithwaite has certainly outstripped the generic post-rock style he helped to inspire, and does justice to some of his more direct influences – My Bloody Valentine’s Kevin Shields and Robert Smith from The Cure, to name two. Extraneous touches, such as the occasional keyboard parts contributed by Barry Burns and the electronica-style glitches threaded through 2 Rights Make 1 Wrong, also ensure that Special Moves is a varied 75 minutes.

For all that, though, it’s the two oldest songs on the recording that provide the purest endorphin rush. Mogwai Fear Satan and Like Herod, both from their 1997 debut album Young Team, have the ability to make you jump from your skin, as if they’d sneaked up behind you and burst a balloon. Yet, as Mogwai’s popularity across three separate decades suggests, there’s a lot of mileage in their cheerful sadism. Packaged with the band’s first live album is Burning, their first DVD: eight tracks from the same trio of shows, filmed in artful monochrome. 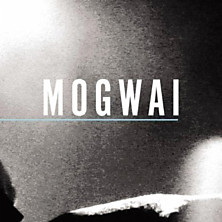