Like Peter and the Wolf re-imagined by an electronic-leaning Neil Hannon.

Canadian Owen Pallett has been a busy beaver. As a violinist for hire he’s been string arranger of choice for Arcade Fire, Grizzly Bear, Beirut and Arctic Monkey Alex Turner’s side project The Last Shadow Puppets, while also releasing low-key, whimsical solo albums as Final Fantasy.

However, nearly four years after his second solo effort, the almost entirely childish He Poos Clouds, he seems to have got serious about his solo career. Those first two albums, released on a small Canadian label, would have passed by all but unnoticed if not for a 2006 Orange phone ad in the UK that used Adventure.exe from his Has a Good Home debut, and you weren’t missing so much unless a string quartet playing songs based on magic levels in Dungeons & Dragons gets your motor running.

Heartland is different in almost every way, however, but getting ambitious has its drawbacks. Signing to Arctic Monkeys’ label Domino means he has access to the hugely successful independent label’s worldwide distribution, but it’s also brought the attention of Square/Enix, creators of the Final Fantasy computer game who have, unsurprisingly, been in touch through their copyright lawyers. So Final Fantasy is dead, long live Owen Pallett.

Not everyone is going to want a 12-song cycle about the relationship of an extremely violent fictional farmer (no – come back!), of course, but within Heartland’s grand sweep are some riveting and quite glorious ideas, from the skittering beats and galloping strings of opener Midnight Directives, the 50-second operatic interlude Mount Alpertine, Lewis Takes Action’s ultra-violence disguised under a cutesy pop melody, and the soaring musical stairway of Tryst With Mephistopheles, MGMT without the disco ball on each shoulder.

The whole album is like Peter and the Wolf re-imagined by an electronic-leaning Neil Hannon or Andrew Bird: lyrical, classical and edgy, although it’s hard to imagine even Hannon having the chutzpah to compose music that envisages an orchestra as an old-school analogue synth. Not for everyone, then, but anyone with an ear for musical fantasy may wish to stop and daydream about a bad-tempered farmer for a while. 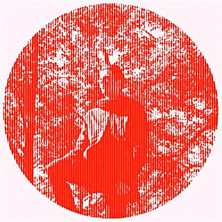