Godspeed have once again created a challenging, intense, evocative work.

Although they returned to the live stage in 2010 from a hiatus which began in 2003, this fourth studio album from the Canadian post-rock cyphers nevertheless comes as a surprise, its release – in contrast to the music it contains – silent and unheralded.

And it’s a surprise that should please followers of this most exclamatory of bands (in music, as in punctuation). The album consists of just four tracks; two stretching over 20 minutes (Mladic and We Drifted Like Worried Fire), the shorter two (Their Helicopters Sing and Strung Like Lights at Thee Printemps Erable) available on the vinyl release as separate 7” singles. The longer tracks are re-workings of Albanian and Gamelan, long part of the band’s live set, now recorded for the first time.

Each piece has its own distinct mood. The mind-blasting Mladic, from which the album risks never quite recovering, is characterised by intensity. From the opening snippets of dialogue (the repeated “With his arms outstretched” could be interpreted as a nod to their Lift Your Skinny Fists Like Antennas to Heaven), its running time allows a gradual layering and build.

The increments of speed, volume, tone, and the addition of small details and instrumentation are almost imperceptible at times. But at others the flourish of a whirling dervish guitar fill, or a portentous pause followed by a dramatic reintroduction of the track’s main melodic motif, are marked and breathtaking.

We Drifted Like Worried Fire is from the gentler, more melodic end of the post-rock spectrum, its key melody repeated like a mantra, its use of strings emotive, lush and filmic, punctuated with rhythmic paradiddles. The two shorter tracks are the album’s darker moments: Their Helicopters Sing is a hissing, rumbling, disturbing piece, angry sawing violins seeming to attack the surrounding music.

Later, Strung Like Lights… wrings eerie ghost-like noises from its instruments, a thick and murky soup developing into what would be describable as white noise were the resulting sounds not so black. By the time it literally fades to nothing it is clear that Godspeed have once again created a challenging, intense, evocative work, worthy of their canon. 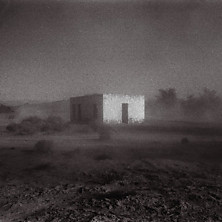