For all its impressive fireworks, this is a fairly hollow affair from the Canadian.

He’s a divisive sort, deadmau5. That’s okay, many of music’s most interesting characters are. But it’s notable that he – he being 31-year-old Toronto EDM producer Joel Zimmerman – seems to thrive off putting noses out of joint.

Whether he’s declaring that DJ culture “bores me to f***ing tears”, or explaining the nature of electronic live performance as “pressing the space bar”, or clashing with figures as diverse as Madonna to Paris Hilton to A Guy Called Gerald, it is quite clear that the man in the mouse’s head is not out to make friends.

There is little love, peace and understanding to >album title goes here<. From the snarky title to the oppressive robo-beat barrage that is his stock-in-trade, Zimmerman has the stance of a pugilist. This in itself can be fairly impressive. Superliminal and Channel 42 advance impassively, hydraulic and monstrous, crushing all in their path with insistent four-to-the-floor rhythm and heavy, saturated synth.

Undoubtedly, though, there is a lack of soul to this set. The peaks and troughs are too artificially plotted to feel properly euphoric, and even when Zimmerman does come upon a sweet melody he calls it something like Fn Pig and nails it senselessly to a lurching, head-banger beat. Only on the closing Telemisccommunications, a shimmering cloud of glitch-electro relating a relationship lived through transatlantic telephone lines, does he really find something approaching emotion.

Perhaps a little more time spent listening to his dance music forbearers would give >album title goes here< a little heart. Right now, for all its impressive fireworks, it feels hollow as its title. 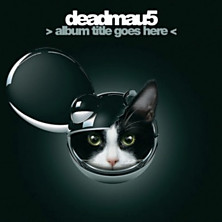