A terrific return that retains all of the weirdness and edge of their debut.

Few recent indie bands have worked music fans and commentators alike into the sort of love-hate lather that Ontario’s gothic rave duo Crystal Castles did in 2008. First, Ethan Kath and Alice Glass conjured up a rare kind of parent- and old critic-baiting pop sound by refracting the most full-on, euphoric and comic elements from trance, rave and electro through the snot-flecked lens of their childhood punk rock. It was a wailing expression of anger and dissolution that saw the duo play both shoddy and totally compelling gigs with such nihilistic abandon you feared for the life of front-lady Glass.

They also came across like surly teenagers. To say they got a bit of a reputation for being contrary prima donnas in some quarters is an understatement. But look beyond all the non-compliant interviews, the god-awful live shows and those nerve-grating 8-bit computer sounds that got them lumped in with the chiptune massive and there was evidence on their debut album that they knew how to craft a pop tune with great emotional heft. Whether from a wall of cacophony fronted by Glass’s banshee wail or a dreamy wash of spine-tingling melodies, there was definitely something there.

It’s this gauzy tendency that dominates their follow-up, suggesting they’ve either a) made peace with something or b) it’s actually an icy, whacked-out bleakness being expressed, that points to the sort of deeper problems they seem quite capable of being involved with. Still, it’s a largely terrific return that retains all of the weirdness and edge of their debut but allows the tunes to win through at the expense of unnecessary glitch and red-raw distortion.

The wonderfully titled Pap Smear – a sign the band haven’t exactly warmed to the press – sounds a lot like early Björk. Year of Silence suggests a musical three-way between glam metal-era Marilyn Manson, angular gloomtronica duo The Knife and Lady Gaga, Glass’s indecipherable vocal coda reminiscent of Bad Romance. The song most likely to be played in Urban Outfitters is Celestica, a swoonsome, pillow-soft relation of Untrust Us from their debut. Elsewhere, influences of M83, Ellen Allien and whirring Italo-disco all rear their tuneful heads.

Penultimate track Intimate shows they can still brood and kick dust with the sulkiest of punk kids, roaring with the white noise of indignation and screeching wildly. But by going light on oppressive darkness, Crystal Castles have allowed their obvious skill for writing dramatic pop with weird inflections twinkle through, helped along by more than just blazing anger. 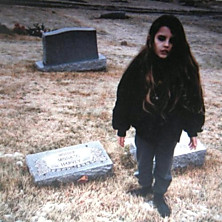