Grand Drive have made a simply beautiful album that is jam packed full of magical...

Grand Drive have made a simply beautiful album that is jam packed full of magical songs about love won and lost. It will tug at the heartstrings and repeatedly dazzle you.

Danny and Julian Wilson were born in Australia, raised in South London, and named their band after a dull suburban road in Raynes Park. However, the lush arrangements of their music are more alt-country than drab suburbia.

Despite gaining an excellent live reputation, and recording three excellent albums, they've never achieved great commercial success. You have to give credit to the band's perseverance; they'd already been dropped by two record labels before signing to Gravity.

The Lights begins calmly with "Love And The Truth" - guitars build slowly for over three minutes before the drums dramatically crash in.

The upbeat second track, "Maybe I'm A Winner", signals a change of direction for the band, who've been ploughing the same familiar furrow since 1995. The track is full of optimism and enthusiasm -two sentiments which have been missing from their music in the past. I can really sense their steely determination to succeed.

Things get even livelier with "Real Thing", the rockiest track they've ever written. Contrastingly, Santa Rita is probably the quietest song they've recorded. The song rolls along as lightly as a feather drifting in the breeze.

A remarkable cohesion to the band's music is achieved by the recurrence of certain motifs in their songwriting. Words and phrases keep popping up; the sky, stars, morning, a new day, fresh opportunities and positive thoughts, for example - "Looking at the night sky, looking for a shooting star, following a rainbow" in "Maybe I'm A Winner".

The album closes with the stunning "Your Final Hour" which seems to have been taken from the land of wonder and dreams. "There's no place I'd rather be...I hear your voice..." sings Wilson as I peacefully drift off to a place far away from the stresses and strains of city life.

There isn't a single weak track on this wonderful album. Your collection won't be complete without it! 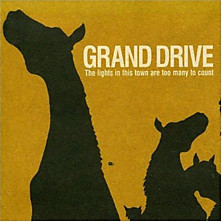