A double-CD collection celebrating the retirement, after 25 years, of what was once dismissed as a little more than a prototype Norwegian boy band seems like an overambitious concept. That’s until one remembers that the Norwegian trio have sold in excess of 35 million records. But their early rush of pop brilliance and their consequently powerful association with a young audience – Morten Harket was, after all, the man who inspired a generation of teenagers to wear suede leather bracelets – mean that some ‘grew out of’ a-ha, and critics turned their back. By 1991 they might have been playing to the biggest audience of paying fans ever recorded – a staggering 198,000, at Rock in Rio II – but the story went virtually unreported, a disappointment so crushing the band went on hiatus.

They reunited in 1998, wiser and more mature, something reflected in their new music, and a 2005 singles compilation released on their 20th anniversary saw them return to the UK top 20. This latest attempt to exploit their catalogue, 25 – The Very Best Of, is therefore an enlightening affair, proof that though they rarely repeated the pure immediacy of Take on Me or The Sun Always Shines on TV, nor the ambitious drama of I’ve Been Losing You or 1987’s James Bond theme, The Living Daylights, a-ha remained capable of crafting mature pop. In fact, this thorough 39-song survey leads one to the unexpected conclusion that they were the Coldplay of their generation, accomplished at writing songs that carried an emotional depth capable of reaching out across arenas. Dark Is the Night for All is an uplifting piece of mid-paced stadium rock with a gentle heart, Velvet is a lush tearjerker that wouldn’t sound out of place on a Morcheeba record, while final single, Butterfly, Butterfly, sees them return to their synth-pop roots with added grandeur, sounding not unlike Pet Shop Boys with choirboy vocals.

Inevitably, though, over two and a half hours of a-ha things start to sag, as they would with many artists, and that seems a shame. These three Norwegians have more than earned a status approaching iconic, and recent gestures – they’ve given away over £400,000 in grants to developing Norwegian artists this year – prove that music was always a far greater driving force in their careers than fame and teenage adulation. But few people listen to full albums anymore, so this is better thought of as a well-earned condensed encyclopaedia into which to dip than a simple retrospective collection. Either way, respect is due, and 25 provides more than room enough for that. 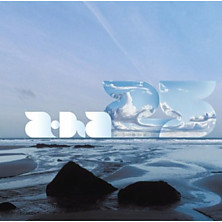