If you can get past a divisive lead vocal, a world of glorious pop-rap awaits.

Be warned: this album comes with the aural equivalent of a fiddly Masonic handshake.

You may wish to take part. Join in, and once past the bouncers at the entrance you’ll be delivered into a world of glorious pop rap, co-produced and mixed by Mike Skinner (of The Streets fame) and laced with neat observations of modern urban life.

However, the thing that may leave you on the pavement outside, cursing, rubbing the back of your neck and blushing furiously, is Johnny Langer’s voice.

Have a listen to any Man Like Me song. If you don’t react badly to the noise coming out of Johnny’s facehole – not just the treacly, woozy slurring, as if he’s Example running on half-power, but also a curiously metallic sandpaper grain that insinuates itself at the lower frequencies – and it doesn’t get on your nerves, you’re in.

If you can’t get past it, there’s no way in, no side entrance. Witty lyrics about incomprehensible girls and N-Dubz and East 17 (name-checked twice! Fame at last!) won’t do it. Nor will the dance, grime, ska and disco party they’re housed within.

And that’s because Johnny’s voice is blessed with a magical ability to slow down time. So the fast songs become mid-tempo – apart from the bits that are sung by the band’s friend Ade – and the mid-tempo songs practically grind to a halt. Listening with an undelighted ear can be like trying to get your groove on while fighting off a heavy flu.

Even at its most perky – Lovestruck, Squeeze and London Town VIP are particularly start-partysome, and, notably, Johnny pushes his throat in an upward direction all of them – the music exists primarily to serve that voice.

And if that voice doesn’t want to let you in, you can’t come in. 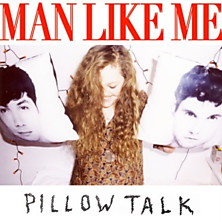