This is Autechre operating at their highest level since 1998’s LP5.

As Autechre, Sean Booth and Rob Brown have produced some of the best electronic music of the past 20 years. Characterised from the beginning by gloom and intricacy, their sound has grown more complex and austere over time.

But while they leave barely a single tone unsplintered, or beat unglitched, Autechre’s project isn’t solely an academic one: their sound has always oscillated between the abstract and the direct. Its roots lie in the modernist collage of hip hop, and the early morning, transcendental energies of warehouse rave.

In recent years Autechre have become victims of an impeccable reputation and regular release schedule: a steady stream of good and sometimes great albums since 1993 doesn’t generate the kudos of the comeback.

But while 2010’s Oversteps and Move of Ten were both engaging, the two hours of Exai is something else. This is Autechre operating at their highest level since 1998’s LP5.

Opener FLeure is effectively a false start: a spindly, arrhythmic take on drum and bass that’s closer to the aggressive experimentation of the Confield to Untitled period than anything else here.

Exai is often abrasive and fidgety. The whines and nervous beat clusters of tuinorizn sketch a paralysing unease; nausea bubbles up from the gastrointestinal croaks of Flep, a breakbeat-powered track that’s sick in both senses.

Balance is provided by some of the most gorgeous tracks Autechre have ever produced. The metallic arpeggios and hypnotic washes of jatevee C channel the shimmer of Detroit techno at its most optimistic. Closer YJY UX gestures back to the unearthly solemnity of the Amber era.

Given the confidence Booth and Brown display in revisiting previous styles with fresh and intense purpose, it’s tempting to see Exai as the first chapter of late-period Autechre, where lessons learned over two decades of producing are distilled into thrilling new forms.

That’s certainly true of bladelores, a 12-minute track justly situated at the heart of the album. Having established a sense of echoing space, a surging wave of pads – that seem summoned from some Balearic collective unconscious – eventually resolves in a smear of sound that communicates an emotion Autechre have provided in spades, but never expressed so directly: joy. 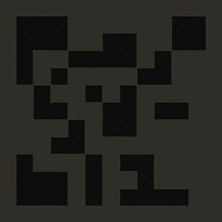