Never has something so tinny sounded so good.

Tipped in many polls at the start of 2009 as a contender for success, La Roux were possibly always thought of as the wild card in the bunch with many pitting the duo against the shinier Little Boots. Elly Jackson's magnificent quiff of red hair, and high pitched, cutting tones certainly aren't for everyone, but the retro styling of her and producer Ben Langmaid's music has quickly burrowed its way into the hearts of the nation.

While the magnetic Quicksand was first to tantalise our earbuds on limited release last year, it was instead the almost unpleasant-to-listen-to In For The Kill that swept these competitors out of the water, positioned her as the year's most exciting new talent and landed her a massive chart hit. That shrill vocal might mean the self titled debut album is not something you're likely to listen to all in one go in a high pressure situation, but it's one jam-packed with killer pop song after killer pop song.

The frantic Tigerlily is a good indication of what's ahead, as a strange synth harpsichord eventually gives way to a starring role from Elly's father in a Vincent Price-aping spooky spoken word interlude. With the whole album centered around the break up of a twisted love affair, Bulletproof, with its candy floss chorus, might initially sound happier, but as Elly snarls that she's, ''been there, done that, messed around'' proves anything but. That newly resolute persona continues strong with the minimal I'm Not Your Toy and the early 90s decor of Colourless Colour. While the pair might be denying a heavy 80s influence in interviews, their music is filied with allusions to the likes of Yazoo, Aneka and The Human League particularly on the euphoric chorus of monster tune Fascination and the delightfully bleak Reflections Are Protections.

Establishing themselves as one of our most exciting new pop acts, La Roux have mastered their debut. Never has something so tinny sounded so good. 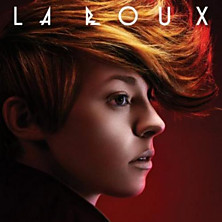