Royksopp cause us to draw sweet breath and marvel as our stereo is seduced by a...

Earlier in the year The Avalanches forced us all to sit up straight and pay attention with their stunning debut album, Since I Left You. In one fell swoop it planted the flag of Australian electronica firmly in the dance music map. Six months down the line it is the turn of the Norwegians.

The more down tempo "Eple" is propelled by a rolling, lazy break beatthat shimmers and shines with more class than a room full of rowdy children facing a blackboard. But, be warned this is an album that will worm its way in to your affections. Weighing in at less than 45 minutes (like Basement Jaxx's Rooty) this is a record full of great ideas, none of which are laboured and some of which are over before you've had the chance to fully appreciate them first time round.

It is for precisely this reason that Melody AM can be played over and over - most likely, you won't take the CD out of the stereo for weeks. Houston this is control, the Norwegians have landed. 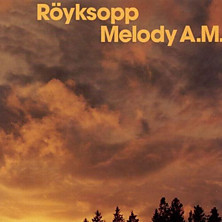