A man doing what he does best, enjoying his very own silver age.

Bob Mould’s 00s work, albums such as 2002’s Modulate and 2008’s District Line, saw the former Hüsker Dü man mixing up his trademarked loud guitars with electronic textures and Auto-Tuned vocals – a nod, speculated critics, to Mould’s increasing comfort with his status as an out gay man, not to mention his new sideline as a house DJ promoting his own club night, Blowoff.

As is befitting of a rock’n’roll veteran of several decades standing, though, Mould’s career has progressed in cycles. And Silver Age – somewhat unbelievably, his 10th solo album – constitutes a return of sorts: to the bracing and loud guitar anthemicism of late-period Hüsker Dü and, most of all, his short-lived early-90s power trio Sugar.

This is not a complaint. Mould excels at this stuff. The opening Star Machine is a snarling and acerbic rock strut with a quiet-loud dynamic that reminds you just where Nirvana got it from in the first place. The careening Keep Believing is a sleek fusion of gleaming distortion and breezy angst shot full of uplifting vocal harmonies.

Elsewhere, Steam of Hercules, perhaps befitting of a song with a title that sounds like a rather risqué gentleman’s sauna, stretches out luxuriantly. It’s full of warm blasts of guitar, marked by Jason Narducy’s wandering bass notes.

There is an occasional sensation, on numbers like the Copper Blue-ish The Descent, that we are watching a man reinvent a perfectly good wheel. But that does rather beg the question: what do we want from our rock’n’roll elders? Experimentation is one thing, but don’t underrate the pleasures of hearing a man doing what he does best, enjoying his very own silver age. 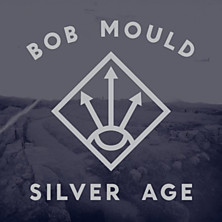