She’s writing Facebook updates for her fans, and they love her for it.

Would it be too much of a stretch to call Taylor Swift her generation’s Morrissey? Probably, but just as The Smiths found their audience amongst a great cardigan-clad heap of rejected and lonely youth, so Taylor has found hers in the girls who have been treated poorly by the boys.

For song after song, Taylor points the finger at feckless boyhood (never manhood – the guys in Taylor Swift songs are always unformed and callow) and throws her hands to the heavens, asking: why didn’t you treat me better? Why didn’t you realise what you had when you had it? Why are you still ringing me? Why are you such an idiot?

And when she has heavyweight assistance, it’s in order to make the sadness sadder, the funny bits funnier, and the hopeful bits sparklier. Max Martin helps to deliver the hit, We Are Never Ever Getting Back Together, but he’s also on hand for the vaguely dubsteppy I Knew You Were Trouble (a polar opposite to Amy Winehouse’s You Know I’m No Good), and 22, the Ke$ha-style drinking song every female singer’s album seems to need at present, but still one written with one guy in mind.

On the other hand, when Gary Lightbody brings one of his plodding Snow Patrol confections – The Last Time – it’s as if there are only two emotions in music (quiet and loud) and one tempo. It’s followed by the far livelier Holy Ground, which merely serves to emphasise the leaden drag.

But that’s okay. It’s a 16-track album (22, if you count the three new songs and three demos on the extended edition), and they’re always a bit scrappy. What matters is the intimacy between star and audience. She’s writing their Facebook updates for them, and they love her for it. 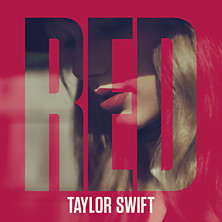