Jamelia Walk With Me Review

Slinking back onto the scene after the birth of her second child, Jamelia describes her third album as "more experimental, more crazy". In reality it's a continuation of the brilliant singles, mundane albums routine. In fact, even lead single Something About You doesn't pack its desired punch, and languishes in Kelly Clarkson b-side territory.

But if there's one thing 2004's Thank You showed us, it's that Jamelia can deliver subtly brilliant ballads, with "See It In A Boys Eyes" wowing fans. This time round, "No More" uses The Stranglers' "Golden Brown" as a base. Its simple melody and gospelish wall-of-sound, shows us the dignified and mature sound we cherish.

Taking its place as what should be the centrepiece of the album, the Depeche Mode sampling "Beware of the Dog" would probably have plastered smiles on the faces of pop fans had it been released earlier in the year. But arriving months after Rihanna perfected the art of taking an 80s riff and transforming it into a sultry dancefloor filler, it's hard to not label this track as a poor imitation of "SOS".

In fact it's the glossy "Hustle", bizarrely relegated to the position of bonus track, which stands out as the worthy follow up to "Superstar". Featuring a doubletime rap from, man of the moment, Sway, its funky disco bassline and triumphant horns will surely leave Beyonce wrinkling up her pretty nose with jealousy. We can only hope "Hustle" gets a single release. 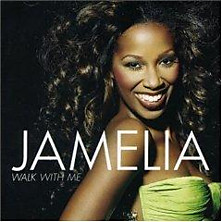