Tom Bell aka Toddla T emerged from Sheffield in 2007, and everyone thought he was black. As a teenage DJ, producer and artist, Bell favoured an ebullient mix of new electro beats and old dancehall vocals provided by hometown black British MCs, marking him out as a cheeky Brit version of M.I.A.’s American collaborator Diplo.

Having established himself with an entertaining if unfocussed debut album (2009’s Skanky Skanky), production and remixes for the likes of Roots Manuva, Hot Chip, Gorillaz and Tinchy Stryder, and a DJ rep that bagged him a regular Radio 1 show, Bell is well positioned to make cute pop-grime hits about tacky clubbing and trainers. Thankfully, the boy has ambition. His second album is nothing short of an attempt to encompass 35 years of melodic dance music while presenting an optimistic view of British inner-city street life, just as the image of the youth of today has hit an all-time low.

The single and title-track makes a bold opening statement of intent. Real drums, guitars, slap bass and MC legend Roots Manuva singing rather than rapping. The retro feel continues with mini-hit Take It Back, where missing-in-action Brit-soul star Shola Ama fronts a tune that harks back to the pop-rave hits of the late 80s and early 90s; all pounding Italo-house piano giving way to dreamy Ibiza romance.

So it’s both timely and fitting when Take It Back segues straight into the grimy rap and skittering minimalism of Cruise Control, and when those tough beats still soften into something sweet and summery for the chorus. The eclecticism is so well-paced that the left-turn into the arty electro sex pop of Róisín Murphy’s Cherry Picking seems entirely logical.

And as for Streets So Warm: it’s a completely different listen after the events of early August 2011. Its passionate, plaintive discourse on British youth crime – its effects and its causes – connects 2011 dancehall with conscious 70s reggae, and sounds out a warning ("The streets are warm but the youth are cold") that feels like a lament for a generation of lost working-class children. Toddla T confesses the album’s debt to Soul II Soul’s Club Classics Vol. One, and it is an update fit for harsher times.

But… Watch Me Dance is also an unfashionable record. It won’t fit snugly into either pop or urban radio schedules. It refuses to play the niche game. And Club Classics Vol. One defined its times because people got to hear it. It would be a crying shame if a record so accomplished, relevant and unifying never gets to be heard. Because, right now, this album is necessary. 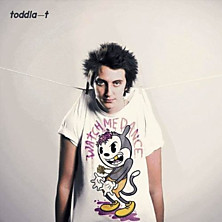