An altogether entrancing experience from the New York-based pair.

If the likes of Pontiak and Barn Owl conjure scorched plains and endless prairies then labelmates Mountains – the chillaxed twosome of Koen Holtkamp and Brendon Anderegg – are charting boundless ocean depths.

Centralia, their third full-length for Thrill Jockey, could easily soundtrack a deepwater Herzog-ian journey in some sort of chuntering submersible. The voyager will be greeted by shoals of goggle-eyed fish, waving fronds, elegant fan-like structures that breathe and eat through tubes and strange, lonely creatures clad in shimmering bioluminescence.

The album unfurls at a leisurely pace, the band’s characteristic blend of burbling electronica and acoustic instrumentation at its most formidable, and most satisfying, yet.

Later, Tilt expands upon this knack for mesmerizingly cyclic guitar patterns to fuller and greater effect, nestling classic, homespun Americana up against glittering modernity as though the worlds of Brian Eno and Robbie Basho had always fused at the pelvis. The 20-minute Propeller inevitably takes centre stage, a glimmering series of languid builds and undulating swooshes that were drawn from a live recording and subsequently embellished in the studio.

This live-cut-as-canvas approach is used on the subsequent Liana, its delicate filigree of chirruping synth tones, warm drones and faded fretwork giving way to the album’s only disconcerting moment: a sudden swell of nape-tingling electric noise rising craggily from the calm like something birthed up from a shift in plates beneath the ocean floor.

Living Lens closes the album on a restrained note, allowing the bliss-shrouded listener to drift safely toward the surface with enough slow control that the blood doesn’t begin to bubble. It’s an altogether entrancing experience, and one demanding repeat visits and careful attention if its sunken treasures are ever to be fully revealed. 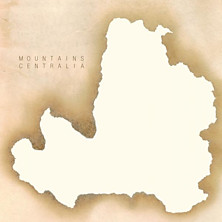