It's impossible to judge Edwyn Collins’ first album of new material since the stroke he suffered in 2005 (2007’s Home Again comprised songs written, if not recorded, beforehand) separately from his near-death experience, not least because some of the lyrics address what happened. But it is emphatically not a great album just because of the fact of his survival. Whatever the criteria, Losing Sleep would measure up.

It doesn’t sound like the work of a man who still needs to walk with a stick and can barely cross the road alone. Collins does have support – from Franz Ferdinand, The Drums, Johnny Marr and The Cribs, all of whom owe him and seminal janglers Orange Juice a debt – but it’s more adornment than crutch. These 12 tracks have an irrepressible energy that is all Collins’ own, reflecting his twin loves of punk and northern soul; while his lyrics, always wryly self-regarding, have an urgency and bluntness that would make them seem inconsequential were there not so much at stake.

There’s little prevaricating here. The title-track, and album opener, finds him losing not just sleep but dignity in his damaged state, insecure about his life and work, achieving Brian Wilson-esque levels of naive candour. Over the Hill is a typically Edwyn double-bluff title that evokes his "reckless youth" and contemplates a future when he’ll be older and wiser, having learned nothing from his "world of darkness". I Still Believe in You, with its echoes of Iggy’s Lust for Life, starts with a joke ("When I’m alone, I miss you / Back at my house, I don’t") before movingly encapsulating the two constants in his life: dread, and his wife Grace.

And yet Collins was always more multifaceted than the boyishly fey and ironically forlorn character who created the space for Morrissey to exist. His words are as complex as ever. As he sings over a driving motorik beat on In Your Eyes, "The point I’m trying to make is, I’m changing my mind / The politics of life are obscure". The final two tracks, All My Days and Searching for the Truth, are ballads that present him as a heart-on-sleeve troubadour, but it would be too convenient to conclude that he has found the answer in simple soul-searching. If anything, What Is My Role? is more representative of the 51-year-old Collins as, over a buzzing Magazine-ish riff, he wonders where he fits in the scheme of things. The answer is he doesn’t, which is precisely why he’s still of value. 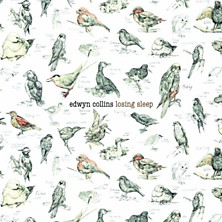