The departure of Stephen Fasano from production duo Aeroplane has hardly dented Vito De Luca’s confidence. If anything it has given him the green light to indulge his every musical whim. We Can’t Fly contains everything plus the kitchen sink: big guitar solos, jabbing piano chords, oceanic keyboard washes, menacing synth burbles – and that’s just the opening instrumental, Mountains of Moscow, a title that alludes to the pomp and circumstance, magnificence and preposterousness to come.

It’s hard to tell how serious De Luca is being here, so over the top is everything (there’s a song called Fish in the Sky. No, really). It could be misconstrued as a parody of 70s and 80s musical mores, cramming as it does all manner of instrumental bombast and excess into its 50 minutes; but in fact De Luca swears it’s homage to all his favourite Pink Floyd records and Giorgio Moroder soundtrack albums from that period.

Not sure what they’d make of it in Ibiza, because it’s not what you might call a typical dance album. It’s a Balearic mess of styles. The title-track features bleeps, a gospel choir and kiddie voices, all within the first 30 seconds. Then the massive shiny reggae rhythm kicks in and it’s like being in the room at Compass Point with Sly & Robbie. The piano-heavy Superstar is pure 70s MOR-rock, with shades of Steely Dan and Billy Joel, while the vocoder chorus sounds like something Daft Punk might have rejected from the Discovery sessions for being too outré.

The Point of No Return recalls one of those Moroder soundtracks to a film wherein Al Pacino has his face down in something illegal. My Enemy is a fabulous evocation of late-70s Cerrone-style disco, all analogue pulse and shivers of strings. Finally, We Fall Over, with indie guests Au Revoir Simone, provides the twinkling finale to an album that proves either De Luca is very clever, or very strange, or both. 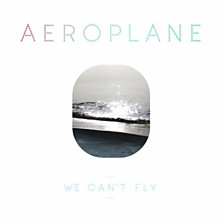