a-ha Foot Of The Mountain Review

It is difficult to see where they go from here.

A-Ha bowed out in 1993, usurped in teen bedrooms by Take That, and in the charts by novelty rave; it was not their finest hour. Seven years later, they reappeared with the wistful Minor Earth, Major Sky. Their ninth album Foot of the Mountain is a welcome return to the electronica of their early hits and a glorious reminder of their soaring melodies.

Since their return, A-Ha Mk 2 have distanced themselves from their 'pin-up period' with anthemic, chiming guitar pop, so it is ironic this album returns to their debut sound. For most bands, returning to their roots involves stripping back on studio polish. For A-ha, it is the opposite and dance producer Steve Osborne brings an early 80s Depeche Mode sheen to elegant, simple riff-led, songs.

The sad heart at many of A-ha songs is often overlooked, and here Real Meaning unfolds with a plaintive piano motif and brilliantly dispenses with a chorus; it's heart breaking, as is the strings-soaked Shadowside. Despite lyrics that probably make more sense in Norwegian, there's a profound yearning throughout, suggesting Scandinavian winters cut more than cheekbones. Most importantly, Morten Harket's voice, already a national treasure, has matured, competing with the late Billy Mackenzie for pop's greatest voice.

As with earlier work, Morten has not contributed to songwriting, which judging by recent efforts is a shame. However, his increasing eccentricities have resulted in songs about orchids. Their solo careers are evidenced by occasional jostling for the microphone, though Pal and Mags successfully underpin Morten with weighty melodies such as on The Bandstand, which has most in common with Take On Me.

The title track is assuredly Keane-esque, but the album is not perfect. There are moments of poor judgement such as the shaky combination of a Rough Guide to Space Travel and Bontempi organ on Start the Simulator. However, while continuing their trend for imperfect albums, this brings A-ha mk2 full circle, dovetailing so neatly with their original sound that it is difficult to see where they go from here. 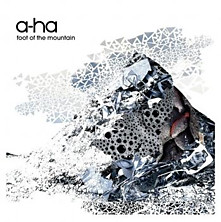