Album proper or not, there’s no denying this is greatly entertaining stuff.

To enjoy the 11th Snoop Dogg album you have to do a little surrendering to the modern world, whether you like it or not.

Firstly, business is business, and pop fans worldwide are more likely to pay for specific new tracks rather than whole albums. So, for the biggest corporate unit-shifters, making an album that sounds like an album is a pointless exercise. The smart thing to do is make 21 singles which are all helmed by currently hot producers, and all feature a different hot guest artist, and all have a distinctly different commercial sound, so that no potential market is left untapped.

As your record sounds like a various artists compilation, you have to invent a spurious concept in order to brand the record as yours in the mind of the consumer – something like the artist "doggumenting" the progress of the album by, um, putting stuff on the internet and having a Twitter account. And finally, you have to be willing to love Snoop because he is very famous and has been very successful for 20 years, rather than because his music has made your life better.

Not particularly upset by this level of cynicism? Fair enough. Then Doggumentary may just be the perfect 2011 pop album for you. Whereas most ‘feat.’-heavy, grab-bag albums are a mess of will-this-do? off-cuts, the corporation formerly known as Calvin Broadus demands excellence from his employees, and gets it here. Appearing are the disparate likes of Kanye West, Bootsy Collins, Gorillaz, T-Pain, Scott Storch, David Guetta, John Legend and even, implausibly, the reliably hideous R. Kelly.

Any doubts that Snoop’s honey-voiced horizontalisms can inject charm and funk into the even the coldest enterprise are entirely blown away by Doggumentary’s most unlikely guest-star triumph. Ancient and venerable country outlaw Willie Nelson eases his tax problems here by providing Superman, a wry three-chord acoustic guitar ditty about growing old disgracefully in which the multi-talented actor / football coach /charity worker /pimpologist /occasional rapper Snoop Dogg reveals that he could add yet another career in the future as a pretty accomplished blues singer.

Trying to hate Doggumentary after listening to these cuddly reprobates riff off each other and make a merry farce out of America’s racial chasms is just that… trying, and trying way too hard. This is a great modern record: shameless, wantonly eclectic, utterly disinterested in credibility and hugely entertaining. The fact that it isn’t really an album at all is a prophecy of pop’s future to boot. 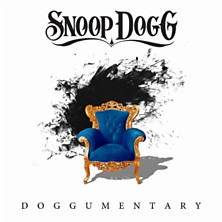