Despite being lumped in with the early 90s shoegazing scene that’s inspired the likes of M83, Maps and Serena Maneesh, Slowdive were always a little different to their contemporaries. While Ride and Chapterhouse were wont to immerse their music in an ethereal wall of sound, Slowdive favoured a polite narcotic haze, soothing rather than battering the brain into passive submission. 1995’s Pygmalion saw them travel furthest but was also their least commercially successful album – partially due to a fierce press backlash against the band, but mainly because label Creation was far more focussed on new signings Oasis. The Manchester band’s debut album, Definitely Maybe, bore the next CD catalogue number on from Pygmalion.

Reissued alongside their first two full lengths – 1991’s dreamy Cocteau Twins-esque Just for a Day and 1993’s ‘difficult’ second, Souvlaki, which hinted at more abstract experimentations sadly reined in by label boss Alan McGee – Pygmalion has more in common with the emerging electronic scene than the Britpop sound that was by now sidelining grunge. Neil Halstead and Rachel Goswell had begun to experiment with digital technology, something no doubt encouraged by collaboration with Brian Eno on two of Souvlaki’s tracks. But rather than claiming – as many did in the early 90s – that there had always been a dance element to their music, using this as an excuse to awkwardly layer a breakbeat beneath their standard indie fare, Slowdive were more interested in the ambient end of the spectrum: Cello, frankly, could be an excerpt from one of Eno’s mid 70s releases like Discreet Music.

Much of Pygmalion therefore bears more relation to Global Communication’s classic 76:14, released a year earlier. On Trellisaze they allow a clock to tick out the beat – much as Global Communication had on 14 31 (Ob-selon Mi-Nos) – while disembodied, treated voices waft amidst a vapour trail of guitars. On opener Rutti, Halstead’s vocal follows a sparse trail of chords for three minutes before more familiar crystalline guitar lines embellish its meditative mood, and on Crazy for You a simple melody is refracted through a cloud of effects. It’s still shoegazing, but not as we know it, and sometimes they dispense with percussion entirely: the ghostly Miranda, the angelic Visions of La and the elegiac All of Us have more in common with folk.

Dropped by a Gallagher-fixated McGee shortly after this record’s release, Slowdive morphed soon afterwards into Mojave 3. But it’s the soft-focus mist of Pygmalion that remains Halstead and Goswell’s masterpiece. 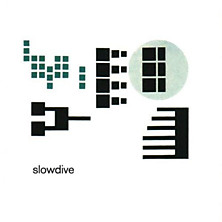