The second album from Liverpool’s second most famous sons.

Frankie Goes to Hollywood’s 1986 follow-up to their Welcome to the Pleasuredome debut was always going to seem like a let-down, so comprehensively did that debut double-album, and its attendant three chart-topping singles (and number two-peaking title-track), dominate 1984-85. If anything, it represented a volte-face after the OTT magnificence of that first foray, as much as a climb-down as ABC’s Beauty Stab and Simple Minds’ Sparkle in the Rain, those other early-80s albums where the bands in question retreated from studio opulence towards a more ‘authentic’ approach that proved they could reproduce the music live; that they were Proper Rock Bands.

Not that Liverpool was lacking in bombast; far from it. In some ways it was even more of an epic folly than Pleasuredome. Only this was Frankie’s folly: perhaps why it didn’t achieve anything like the success of its predecessor. This time, the band played a far heavier role in the sound and overall direction, ‘heavy’ being the operative word: many of the tracks are straight hard rock/metal, with the lavish sonics and orchestral pomp typical of the ZTT label dropped on top. Production über-führer Trevor Horn may have withdrawn, but Stephen Lipson, who had worked on Propaganda’s A Secret Wish the year before, was on board to keep things pumped and polished.

If the results are a bit of a mess, it’s partly explained by the torturous process that saw Frankie, tax exiles in Ireland, travel between studios in Ibiza, Holland and London as they sought to find gold (or rather, platinum – Pleasuredome sold three million copies) for a second time. Several of those Ibiza demos were rejected, but you can now hear them, on this deluxe two-CD reissue. It adds no fewer than seven tracks, including cover versions of Bowie, Doors and Stones songs, to the original eight-track album on disc one, with a further eight unreleased tracks and mega-mixes on disc two.

Of the original Liverpool tracks, Warriors of the Wasteland sets the shrill, histrionic tone. Rage Hard, the first single, is probably the one that best holds up alongside those monumental first four singles. On Kill the Pain you can hear the compromise between the album the Lads (drummer Peter Gill, bassist Mark O’Toole and guitarist Brian Nash) wanted to make, singer Holly Johnson’s lyrical visions, and ZTT’s more commercial instincts. Maximum Joy sounds like an off-cut from A Secret Wish, while Watching the Wildlife, despite its symphonic surges and pop hooks, is the one that signalled Frankie’s demise, only reaching number 28 when it was released as a single in February 1987.

The unreleased tracks, even those ill-advised covers, will prove fascinating to Frankie-philes, especially the funk-metal of Delirious, ambient textures of The Waves and Our Silver Turns to Gold, which presents a stripped-down Frankie, without overdubs or embellishments, showing their highly idiosyncratic approach to songcraft. It’s a superb repackage of what remains one of the great anticlimaxes in pop. 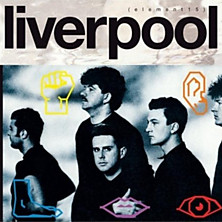