Converge All We Love We Leave Behind Review

Extraordinary enough to perhaps stand as this band’s greatest album yet.

Though they’re now in their third decade as a group, Massachusetts metalcore pioneers Converge find themselves as influential as ever. And this eighth studio album sees the four-piece climb the next step of the stairway of relevance.

Still regarded as a genre-definer, it’s 2001’s Jane Doe that perhaps stands as Converge’s seminal collection. But this is a band that’s never released a bad album, and All We Love We Leave Behind furthers this reputation.

The 14 tracks here run to just 38 minutes – but it’s a calmer album than that duration might imply, and well rounded and superbly varied too.

Sadness Comes Home stands out instantly. Nuances of the Southern-style guitar work almost hovers in the air, above a mismatch of slow groove and rapid-fire drums. These elements combine to give this song an identity that hooks the listener immediately.

The violent stomp of Predatory Glow showcases Jacob Bannon’s snarl and roar at their savage best. The track’s dark and menacing sound is exposed by the singer’s style. His is a voice that is both unmistakeable and exceptional. And it’s as powerful as ever.

Beside Bannon, Converge have one of the finest guitarists of a generation in Kurt Ballou, who also knows how to make any album sound excellent. The producer of many great hardcore LPs in recent history (credits include Trap Them, Torche and High on Fire), he’s able to take his studio know-how and relate it to his own band.

Ballou’s production here blends several ingredients into something that’s even rawer than previous Converge LPs, with a more noticeably stripped-back sound. Yet this is also a familiar, oddly comforting listen – though many of the tumultuous layers have gone, it’s still an exhilarating experience.

Critical acclaim surrounding this band is often hyperbolic yet always deserved. Many Converge aficionados claimed 2009’s Axe to Fall to be their finest release yet, certainly since Jane Doe. But All We Love We Leave Behind is extraordinary enough to have fans re-evaluating the top spot on their list of favourite Converge albums. 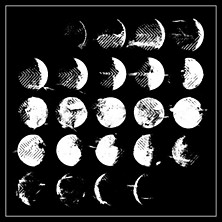