Studio Confessions is the groundbreaking third album from maverick Peven Everett. Before this enduring album hit the streets, Peven had released an amazing 12 critically acclaimed singles including timeless deep house classics like "Watch Them Come" and the Roy Davis Jr collaboration and UK Garage smash "Gabriel", that inspired the two-step movement.

The celebrated, 27-year-old underground artist from Illinois turned down a place at Berkley School of Music to go touring with jazz legends Betty Carter, Wynton Marsalis and Branford Marsalis. The multi-talented performer plays an array of instruments including piano, guitar, bass, trumpet and saxophone.

Studio Confessions is difficult to classify as it flirts with every possible musical genre from jazz to soul, house to hip-hop and Latino to funk. It has a worldly, organic and evolved sound that can be quite complex and dynamic in structure.

The album was written, arranged, performed, produced and mixed by Peven himself, it takes you on a modern music journey full of discovery. The voyage starts with "World Love"which highlights Peven's ability to sing the most sensual love songs with soothing and inspiring orchestral threads. He proves he is in the same ilk as other great soul singers like Barry White and Marvin Gaye.

"Testin Me" is a catchy, commercially tinged pleading love song that fulfils the artists aim to get people dancing. The last track, "Sankofa" takes you back to the 70s with a phat-and-funky instrumental jam, which goes against the ethos of the rest of the album but shows that Peven is a non-conformist in every sense of the word.

In a time where Peven's contemporaries are going towards the left, this album is going back to basics but still retains its innovative appeal. The biggest disappointment on the CD is that it does not feature the truly astounding "Gabriel". However, Studio Confessions takes you on a unique 40 minute journey from one of the most understated, energised and passionate singers around. It is a voyage you and your music system will enjoy taking again and again. 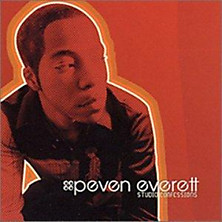