An impressive debut album that attests to the originality of its author.

Some albums take a while to get to know properly, as the listener adjusts to unfamiliar terrain. Guzo, the debut set by Ethiopian pianist Samuel Yirga, is such a set.

Much of the album unfolds slowly, opening up spaces for quiet contemplation, making use of a variety of styles, each of which conjures its own mood. This is the kind of record that you need to pay attention to in order to navigate properly. It is not background music, nor a blasting party sound; it works better in a twilight setting, the listener in meditative mode.

Yirga is best known as the keyboardist with Dub Colossus, the hybrid project put together by Nick ‘Count Dubulah’ Page, joining Ethiopian players with musicians based in Britain. On stage with DC, Yirga tends to be in the background, his instrument almost lost in the mix.

But those fortunate enough to catch his solo performances in Britain in 2010 will know that the young man has impressive talent. In the foyer of the Queen Elizabeth Hall, he was a wizard on 88 keys, conjuring his own rhythms on the ivories and drawing a range of emotions from a whirlwind of melodies.

As this album was cut between Ethiopia and Britain, it’s a hybrid that comes over as a jazz album with Ethiopian leanings, rather than fully-fledged Ethio-jazz. Opening number Abet Abet has a mournful kebero behind Yirga’s broody clavinet and Dubulah’s bouncing bass. Tiwista is a pensive piece that would not have sounded out of place on a Don Cherry album.

Ye Bati Koyita and Dance With the Legend are unadorned piano musings, while Firma Ena Wereket and the Latinesque My Head use a fuller Ethio-jazz-like ensemble. A cover of Rotary Connection’s psychedelic soul epic I Am the Black Gold of the Sun features The Creole Choir of Cuba, and although the collaboration initially worries, the track works surprisingly well.

In short, this is an impressive debut album that attests to the originality and expressiveness of its author. 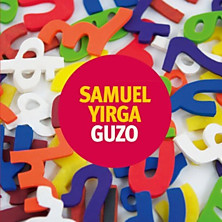