The album was influential in shaping the sound of P-Funk, and indeed Hip Hop.

Widely regarded as one of Parliament's best, Mothership Connection was the first P-Funk mythology concept album, introducing fictional characters and themes which would remain central to George Clinton’s work over the next decade.

The album was influential in shaping the sound of P-Funk, and indeed Hip Hop, with Dr Dre sampling both Mothership Connection (Star Child) and P Funk (Wants to Get Funked Up) on his legendary 1992 album, The Chronic. 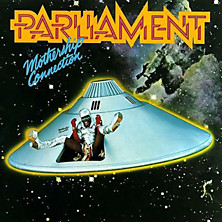