Debut album from a band that probably relishes getting on as many nerves as possible.

“Every song we write, we are trying to write a hit,” Flats vocalist Daniel Devine has previously claimed. If this is the case – and Devine does seem to have graduated from that early Manic Street Preachers school of quotability over accuracy – they’re going about it in a funny way. Better Living, Flats’ 34-minute debut album, is a commendably cacophonous outpouring which contains not the slightest germ of future commercial gold, instead cycling unsteadily through subgenres including anarcho-punk, New Orleans sludge metal and 1980s Scandinavian hardcore.

Normally, playing music like this restricts one to a scene committed to parity, low entry fees and avowed rejection of ‘corporate rock’ and the like. Flats, on the other hand, toured with Klaxons, The Horrors and Morrissey within a year of their formation in 2010, and were recently written about in at least one tabloid thanks to Devine being sent to Pentonville Prison for a drug rehab programme. (The hook for the story was Devine’s father Alan McGee’s public amusement at his son’s mishap; the vocalist has not only refuted accusations of industry leg-ups, but suggested the former Creation boss was less than a model dad.) It’s hard to figure who’s going to buy this album – card-carrying hardcore kids will likely deem it inauthentic; gentler indie sorts will merely hear a sloppy racket – but Flats probably relish getting on as many nerves as possible.

As it happens, they sound like they know their onions on Better Living’s 12 songs. Self-produced, presumably to ensure that the blown-out guitar and biscuit tin drums remain unpolished, it is sometimes slow and Eyehategod-ish (the opening Foxtrot and closing Mambo – over half the titles refer to dance styles, for reasons unexplained) and more often fast (a visceral midsection featuring the prosaically titled Fast, Slam and a cover of Crucifixion by proto-black metal teens Hellhammer). Devine’s oikish bawl sits somewhere between Cal from Discharge and Crass mouthpiece Steve Ignorant, and while it’s safe to say Flats don’t have a hope of making an irrevocable impact on punk like those two bands, they uphold their legacy to a greater degree than you might expect. Sonically speaking, at least. 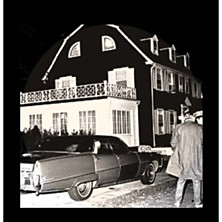