Follow-up to million-selling debut is a dramatic departure.

With her 2006 self-titled debut album, Corinne Bailey Rae announced herself as a sort of mellifluous, less-troubled older sister of Amy Winehouse, all neat melodies and nimble rhythms over which the Leeds girl sang with a perky jazziness. You would never know from the hit singles Like a Star and Put Your Records On that she was a Led Zep’-obsessed wannabe rocker who used to front an indie band called Helen inspired by all-female grunge acts like L7 and Veruca Salt.

There were signs on that debut of the soul depth to come, notably on Butterfly, but really nothing she has done will prepare you for this. The knowledge that she lost her husband Jason Rae in March 2008 following an accidental overdose of methadone and alcohol might, however, go some way towards accounting for the volte face, or quantum leap into the dark unknown, effected on The Sea, an album that often has more in common with Tim Buckley and Laura Nyro – or Marvin Gaye at his more unhinged – than it does the usual RnB suspects.

According to the singer, some of the songs are related to her husband’s death, hardly surprising when you hear, say, album opener Are You Here, which might have passed for a Kurt Cobain ballad were it not for Bailey Rae’s still-sugar-sweet vocals. I'd Do It All Again, on the other hand, was written two months before he died; but it’s testament to the artist’s determination to keep things honest and unsentimental that she kept it in – it was penned in the wake of an argument.

She is similarly unafraid to leave in the odd missed note – all the better to enhance the ‘4 Real’ atmosphere. Feels Like the First Time finds her kidding herself, pretending that “you went away,” but owning up to feeling “emotionally scarred”. On The Blackest Lily she is disoriented – “I didn’t know what day it was” – while on Closer she admits to having “had enough”.

And yet The Sea, produced as per the debut by Steve Brown and Steve Chrisanthou, is no self-indulgent lack of tunes-fest. Even at its bleakest – Closer, say, or Love’s on Its Way, where there is “blood on the streets” – the music and melodies draw you in, and even when they follow their own lushly orchestrated circuitous path, they seem to dare you to drift away. What’s going on? This is. 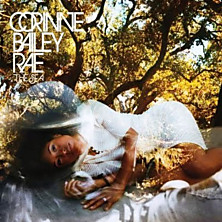