Bullet for My Valentine Fever Review

Fever will raise the temperatures of metal fans across the globe.

Bullet for My Valentine are the biggest British metal band since Iron Maiden. That’s a statement that (still) rankles the more pernickety metal fan, who continues to claim that, because BFMV focus on huge tunes (and have a penchant for syrupy ballads) rather than huge lyrics, and have meticulously straightened hair that’s more salon than sweatbox, they lack credibility. It’s just not true. They simply have more strings to their bow than the average metal band, hence their sure and steady rise to the top.

2008’s Scream Aim Fire, the band’s second long-player, went top five in both the UK and US upon release, and for its follow-up heavyweight producer Don Gilmore (Linkin Park, Avril Lavigne) has been brought in to create an album that will become ubiquitous. BFMV are aiming for world domination, and with Fever they may well achieve it.

The military drumming of Your Betrayal opens the album with infantry intensity and then some wonderfully crisp riffing gives way to Matt Tuck whispering about insanity and such. This approach is maintained throughout the rolling, pogo-friendly title-track and the fantastically frantic The Last Fight. The three make for a brilliant opening trio.

Tuck is still an awful lyricist, though. This is as true a statement as the opening sentence, and it’s the other, less-appealing side of the BFMV coin. All the songs feature rhyming couplets of lost love at every turn, and repeated refrains that are inescapably, pitifully self-loathing. Luckily, irksome lyrics are always followed up by stunning riffs, and it’s this method that ensures that every song is simple enough to be memorable – arguably all that counts in a rise to stardom.

Maybe as an acknowledgement of their critics, there’s only one real ballad to be found on Fever – but Bittersweet Memories, with lyrics of childish despair and forlorn desire, is the weakest track here. The brightest standout is Alone, which rocks to a rampaging riff that courses all the way to its core – it’s sure to give any listener shivers, such is its magnitude.

Despite the lyrics failing to improve upon previous efforts, elsewhere Fever represents a significant step forward, and practically guarantees that BFMV will fulfil the expectations preceding its release. An outstanding set of songs, this collection will raise the temperatures of metal fans across the globe. 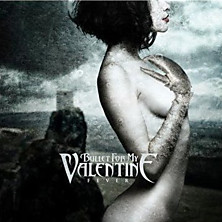