The Who Quadrophenia: Deluxe Edition Review

There are certain albums from the 1970s the brilliance of which must be taken on trust by listeners of today. If you weren’t in the neighbourhood of Ladbroke Grove in 1976, The Clash’s first LP sounds fairly far from revolutionary. If you weren’t around to hear the Ramones emerge as the fastest band in the world – before Bad Brains came along, that is – then the New Yorkers’ self-titled debut sounds slower than a solar-powered milk-float on a December morning. But certain albums of the time have managed to retain their untamed quality. Never Mind the Bollocks is one; Quadrophenia is another.

Available here in an almost pornographically sumptuous box-set edition, featuring the original 1973 album, two CDs worth of demos, a 5.1 surround DVD mix, a poster and a beautifully presented 100-page hardback book which also features a brand-new essay from Pete Townshend (there is also a cheaper two-disc version for anyone not looking to blow 70 sheets five weeks before Christmas – said set’s tracklisting, to the left), this is the album that refuses to die. For while Tommy may have made it all the way to Broadway, it is Quadrophenia which has aced the test of time better than any other album released by The Who.

Thematic if not quite conceptual, the original double-LP – which in freshly re-mastered form sounds both sharp and clear – frames England in an time of uncertainty: the uncertainty of the class system, the uncertainty of youth as it greys into older age, the uncertainty of an economy in its first shudder of industrial decline. As befits an album bursting with conflict and even violence – "I’ve seen my share of kills," sings the narrator of the impossibly brilliant I’ve Had Enough – Quadrophenia’s music is performed by a band who seem to be not just at odds with their country but also at times with each other. These are songs with very little space in which to breathe – when the denouement of a fully-aerated Love Reign O’er Me does arrive, the effect is almost cleansing – all played out to a backdrop of psychiatrists, priests, furious fathers, amphetamine-filled teenagers, fallen idols and enough sharp suits to cut open a whole army of greasers on the seafront at Brighton.

Soon to celebrate its 40th birthday, Quadrophenia is one of the few albums of its time that sounds as good today as it must have done then. For once, the term ‘masterpiece’ is not sold on the cheap. 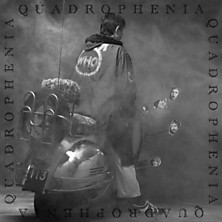