Just when you thought Nelly Furtado had reinvented herself as a fully-fledged RnB minx with her 2006 album Loose, produced by Timbaland and his then-protégé Danja, on the follow-up she has embraced Latino pop, with Spanish-only lyrics. It’s the latest transition from the quietly chameleonic performer who has already enjoyed phases as a hip hop popster (with 2000’s Whoa, Nelly!) and pop-folkie (2003’s Folklore).

This isn’t the first foray into flamenco pop from a superstar chart diva: J. Lo, Beyoncé and Christina Aguilera have all been down this route, but it is a surprising move considering how successful Loose was, commercially and artistically – it sold 10 million copies and authentically depicted Furtado as a sexed-up Maneater.

The title of her fourth album Mi Plan (‘My Plan’) suggests this is more strategy than whimsy – a calculated bid to capture the huge South American market, perhaps. The music certainly has mainstream appeal – too mainstream. Furtado has pulled back from the erotic-disco brink and here sings innocuous songs of romance and longing. Even the one about her Sueños (‘Dreams’) is not of the carnal variety, while elsewhere there are insipid titles such as Bajo Otra Luz (‘Under Another Light’), Suficiente Tiempo (‘Enough Time’), Fuerte (‘Strong’) and Silencio (‘Silence’).

The music is equally inoffensive and, despite the rhythmic nature of the project, comes across as easy listening and inconsequential. The first single, Manos al Aire (‘Hands in the Air’), is lightweight techno-pop, although the emphasis is more on Furtado’s intrusively heavy Spanish accent than the beats – Timbaland’s inventive approach to dance motion is much missed. Bajo Otra Luz and Vacación (‘Holiday’) are two excursions too far into Caribbean territory, the sort of pop-reggae that Ace of Base used to purvey to such ingratiating effect.

Suficiente Tiempo is better, essaying a form of Castilian trance lite, and Fuerte is sort of flamenco RnB, but apart from these tracks and a couple of dull ballads, Mi Plan is like listening to a whole album of La Isla Bonitas, only without Madonna’s light pop touch.

One can only hope that it’s just a stop-gap niche-market exercise and that Furtado’s mooted next release, in 2010, will see her return to the studio with a producer whose finger is on the avant-RnB pulse. 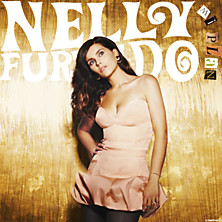