Hard to really get excited about, but very easy to enjoy.

As a frontman, Colin Newman is clearly a character driven to extreme bursts of activity. The first, of course, came in the late 70s, when he put out three classic albums in as many years with ultra-influential post-punks Wire. Following a break, the band’s impressively abrasive mid period accounted for a whopping five albums between 1987 and 1991. This decade’s incarnation may have only managed a humble two albums and three EPs since 2002, but add to that the four records Newman has whacked out with Githead, and you have a man evidently not taking middle age as any excuse to break the work rate of a lifetime.

So pretty impressive, but there is one slight downside: homogeneity. Wire’s recent Object 47 was their poppiest, most blissful moment to date; as a result it felt somewhat adrift of 2002’s astonishingly brutal Send, but much more akin to the works of Githead, who are a little on the krautrock side and sport a female co-vocalist in Newman’s wife Malka Spigel, but can otherwise be best described as ‘Newman-esque’ in sound.

This perhaps explains why Landing, Githead’s third album, pulls off the feat of being hard to really get excited about, but very easy to enjoy. There’s no longer much sense of Newman crafting records based on bold artistic conceits – he just does stuff, some of which becomes Wire, most of which becomes Githead. Fortunately the ‘stuff’ that comprises Landing is generally of the top shelf variety, from the melancholic shimmer of opening instrumental Faster, its hazy guitar figure drifting forward, friction-free, via the icy, streamlined pop of Take Off and From My Perspective, on through to Over the Limit’s cantankerous list of petty grudges (on which Newman does a solid job of sounding like a regular 55-year-old curmudgeon).

Though united by a cleaner, somewhat more European sound than previous records, Landing nonetheless feels like a strangely amorphous entity beyond that – rearrange the songs or pull in a track off Object 47, and you’re not left with a significantly different entity. Colin Newman makes a lot of music, in collaboration with a lot of people. Landing just happens to be some of it, but fortunately it happens to be pretty good. 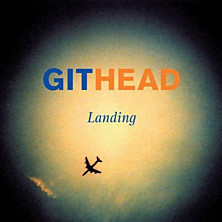