Weezer are undoubtedly massive heroes. Some 16 years after their breakout single Buddy Holly pretty much invented geek rock, the loveably effete quartet can still crank out brilliant melodies when the mood suits.

Eight albums in, though, and what more can they say? Unfortunately, not a great deal. Guys are inevitably idiots most of the time and girls can be complicated. We get it. So the best songs on Hurley are immediately familiar, like an old lover’s phone number you can’t forget. This is great, but obviously not that great. Everybody should move on after a while.

Uncertain love song Ruling Me includes the fabulous line, "You shove me out but it turns me on," but ultimately it’s just not as good as its most obvious comparison, early rarity Jamie. Elsewhere, the crunching slacker anthem Trainwrecks will remind any sentient beings of Weezer's own Beverly Hills (one of the best singles of 2005) and, rather perversely, Feargal Sharkey’s A Good Heart.

Frontman Rivers Cuomo is as contradictorily charismatic and slight here as he is on every release, but this can be a hindrance. His vocals have the same old yearning and direct energy, but at times it’s hard to care. Time Flies might have been a brilliant Graham Coxon acoustic tear-up; instead it just drifts by lazily like a packed bus during rush hour. Deliberately scuzzy acoustic guitars and distortion are great, but where’s the tune? Cuomo and occasional Weezer collaborator Shawn Everett were behind the desk on this song but they would’ve fared better with Rick Rubin, who was a great influence on the band’s early work and a vital contributor to their red self-titled album of 2008, which yielded songs as weirdly excellent but still naggingly melodic as Pork and Beans.

Describing a Weezer album as disappointing is a bit like watching an Olympic medal winner smoke crack: a sad reminder that everyone is fallible, no matter how talented they are. Check out their Reading Festival performance on YouTube or an earlier album to get a proper idea of what the band can do. 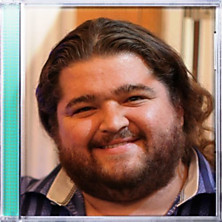