This is a masterpiece.

After 12 years of waiting Kate Bush fans finally get their hands on an album of new material. A double album-sized helping of new songs should keep most fans happy with 16 tracks to delve into.

Disc one is a varied set of numbers which mainly centre around her private life, with odes to her son and a moving song about the loss of her mother. But at times these songs feel too personal and are hard to decipher with dense and difficult melodies. They encompasse a range of musical styles - from folk ("Bertie") to new age ("Pi") and classic Kate Bush ("How to be Invisible"). However, some of these tracks never really achieve lift-off and could have been left on the recording studio floor.

The Kate Bush of "Cloudbusting" and "Wuthering Heights"-fame is in there but struggles to get out. After the flatness of disc one, the second disc is full of surprises. It's an old-fashioned concept album that takes the listener on a journey. And what a journey! Bush has written a lyric poem set to music, which has an epic quality, transporting the listener to a deeply lush and fertile landscape. Lyrically cryptic, but strangely seductive, side two is the album Pink Floyd might have made in 1979 if Bush had been their lead singer.

Concept albums are not everyone's cup of tea - but this is a masterpiece. 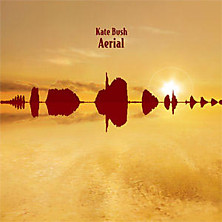