At his best, he’s a composer capable of producing enduring masterpieces.

Cynical? Sure. In an Olympic summer, it makes commercial sense to release another greatest hits-style set from the man responsible for the eternally stirring music to Chariots of Fire, perhaps the greatest soundtrack to sporting glory ever penned.

But although there is no shortage of Vangelis collections already available, this one is nonetheless welcomed as an entry point for absolute beginners, those turned onto the Greek composer courtesy of the much-watched opening ceremony to London’s games.

The piece chosen by ceremony co-ordinator Danny Boyle and music directors Underworld was, inevitably, Titles from Chariots of Fire. On the night, it was (comically) sabotaged by Rowan Atkinson in his globally popular Mr Bean guise (much to the chagrin of Michael Nyman, who failed to see the funny side).

Here it’s presented purely: three-and-a-half majestic minutes of near-unparalleled cinematic splendour. But it might not be the most important of the choices contained herein, as plenty of material from Vangelis’ legendary score for Blade Runner is featured.

Whereas 1981’s Chariots… work was something of a grandiose departure after so many minimalist arrangements, Vangelis’ contributions to Ridley Scott’s future-noir sci-fi classic of the following year are economic, cold, and absolutely riveting. Its synthesizer tones laid foundations for countless electronic acts to build upon – Rachel’s Song, for example, was sampled by The Future Sound of London on 1996’s Dead Cities LP.

Not all of the Blade Runner cues are steely constructs – Love Theme features warm saxophone from Dick Morrissey, and it shares melodic characteristics with Frankie Valli’s Can’t Take My Eyes Off You. Elsewhere, Vangelis’ songs with Yes vocalist Jon Anderson are resolutely rooted in the proggy musical ground from which they sprouted in the mid-1970s. Inevitably, they’ve not dated amazingly well.

Rather more splendid-sounding in the 21st century is La Petite Fille de la mer, written back in 1973. Simple, slight and uncommonly elegant, it’s ambience as art, presenting a narrative without the need for words. The one brand-new inclusion, Remembering, mixes ethereal chimes with jovial saxophone, but ultimately enhances its creator’s reputation little.

Vangelis may be guilty of lapsing into autopilot arranging – there’s evidence enough of that. But at his best he’s a peerless pioneer, perhaps not a genius but certainly capable of producing enduring masterpieces. 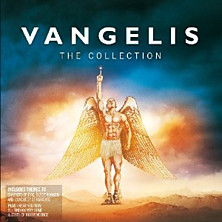