The Tallest Man on Earth The Wild Hunt Review

A heady and enthralling work full of charm and confidence.

Sweden’s Kristian Matsson – The Tallest Man on Earth to you and I – is an old-fashioned success story of sorts. Following his posting of a few primitively recorded tracks to MySpace a few years ago, it wasn’t long before a local label head came knocking and he was touring the wilds of his native country, barely enough songs behind him to carry a set list.

Cut to 2008: following a rapturously received debut album and three nights at the Los Angeles Town Hall in support of Bon Iver, it wasn’t long before venerable US indie Dead Oceans picked up the young singer. This second effort is the first to receive widespread distribution outside of Scandinavia, and a superb record it is too; a ranging, dusty collection of songs that belie his upbringing in rural Sweden, coming off more peak-era Dylan or early 20th century troubadour than anything else.

Matsson doesn’t deny these influences (Dylan is right there, listed on his MySpace account), but he hardly fosters them, either. While The Wild Hunt strays from its one-man-and-guitar template only once over the course of its ten songs (perhaps significantly, in the woozy, Springsteen-inflected closer Kids on the Run), it offers plenty in the way of surprises – its rough, assured command of melody and intuitive chord sequences veering from chest beating to contemplative in tone.

Lyrically, there is so much going on here it’s hard to get a handle on. King of Spain sits at the heart of the piece, a swinging, irrepressible number that draws on almost every Iberian cliché going in a bitter swipe at its creator’s own foolhardiness. Although the title-track opens the record on a note of optimism, it is so strewn with elemental, often Biblical imagery – indeed, its central motif of departure plays heavy on almost every single song – that Matsson’s greater, darker concerns are unavoidable.

Nevertheless, The Wild Hunt is a heady and enthralling work, its impressionistic nature bolstered by levels of charm and confidence found all too rarely in these modern times. 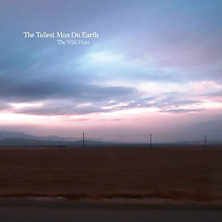