Transplants the pair’s fine ear for a melody onto rather meatier arrangements.

2011’s debut set from Denver-based husband-and-wife duo Tennis, Cape Dory, was the sort of sweet but slight affair which delighted for its duration but quickly escaped the memory. This follow-up, recorded in Nashville with The Black Keys’ Patrick Carney, looks to take the step from home-recording project to band proper. And it’s largely successful in transplanting the pair’s fine ear for a melody onto rather meatier arrangements, pieces which flex with more pronounced muscles and leave slightly deeper impressions than their forerunners.

That’s not to say that Young and Old is going to send Tennis into the highest stratosphere of indie acclaim – while this is an improvement on its predecessor, the band’s MO remains much as it ever was, with originality at a premium and focus placed on charming the listener with songs that one can hum along to before a first play is through. Toe-tappers aplenty present themselves: the single Origins swells with Stax-like soul volume, over which vocalist Alaina Moore wonderfully stretches herself – think Carly Simon if the New Yorker’s best years came right after The Strokes’ breakthrough – and Petition possesses percussive clout that’s much in keeping with the work of Carney’s day job. Elsewhere, High Road’s a bright and breezy bopper every inch as sun-kissed as the escapist, ocean-going fare of Cape Dory, and both Take Me to Heaven and Traveling feature organ licks reminiscent of so much 60s soul. Indeed, Moore has described this album’s sound as "Stevie Nicks going through a Motown phase".

It’s no damning by faint praise to call Young and Old a nice, pretty long-player, as it’s just that. These 10 tracks aren’t going to start a revolution on any stereos, but they’re unlikely to be jettisoned anytime soon, either. Written in three months and recorded in three weeks, it’s a collection that feels fresh and clean, uncomplicated by over-thinking. It’s the sunny pop any listener caught in winter’s grip needs to have on their MP3 player: it’ll be over before you know it, and the songs might not stick, but at its close you’ll feel a whole lot warmer deep down. 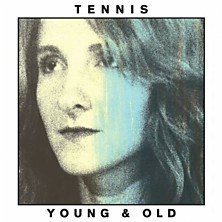