Hip hop on Sub Pop? Frankly, it's hard to know why they didn't think of it before.

Let’s deal with the angle first: Shabazz Palaces’ Black Up is the first hip hop album ever to be released on Sub Pop, which for all its varied recent history – hitting pay dirt with the likes of The Shins and The Postal Service, going country with Fleet Foxes and Iron and Wine – is still rather more associated with grunge than the pillars of beats, rhymes and life. Mind you, Shabazz Palaces is a reminder that people, just like labels, can reinvent themselves.

Shabazz are the new project of Palaceer Lazaro, otherwise known as Ishmael "Butterfly" Butler of Grammy-winning New York hip hop troupe Digable Planets. On the surface, Butler’s new group – described as a "collective", but with no supporting information on other members involved – have relatively little in common with the smooth, Daisy Age jazz-rap of Butler’s previous group. Nor is this, as titles like A treatease dedicated to the Avian Airess from North East Nubiss (1000 questions, 1 answer) might suggest, a collection of songs bound for heavy rotation on MTV Base.

Still, Black Up is far from a fuzzy, unfocused indie-rap document. Butler’s rhymes remain lyrical and tight, musing on desire and motivation, artistic freedom and Afro-American identity, in a way that should appeal to the Talib Kweli fans out there. And actually, the jazz is still there – albeit employed in a rather different manner. Instead of smooth stand-up bass grooves employed for chin-stroking cognoscenti, the likes of Endeavors for Never (The last time we spoke…) and Recollections of the Wraith slice up stray beats and horns, cut them with dusty synth and sputtering drum machine, and wind them together into murky surfaces that have you fearing for the health of your stylus.

The effect can sometimes be bewildering – Youlogy, for instance, sounds a bit like two Edan tracks playing simultaneously. When it works, though, it’s an insidiously funky listen. Two highlights come right at the end: the penultimate Yeah You rides a beat soaked in saturation and echo, Butler spitting fire at the "corny" competition; while Swerve… the reeping of all that is worthwhile (Noir not withstanding) sees him pass the mic to two unnamed female MCs that conclude the record on a sussed, lyrical note.

Hip hop on Sub Pop? Frankly, it's hard to know why they didn't think of it before. 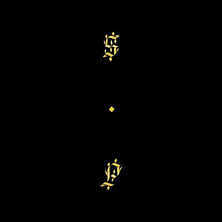